The Pennsylvania Unemployment Department has been sending employers various unsolicited notices requesting that they report former employees to places such as RefusalofWork@pa.gov. Pennsylvania is directly reaching out to employers to try and “claw back” money that has been sent out to former employees. This encourages employers with a strong financial incentive to report, often erroneous or exaggerated situations. Did this or could this have happened to you? (If so, Call Us ASAP). Don’t get railroaded by an overzealous Unemployment Department, you need to fight back!

Employers need only send basic information to trigger a devastating unemployment determination which often results in a random email or letter showing up, often over a year later, claiming an Unemployment Overpayment and that you may owe all of the money back! The Unemployment Department suggests employers report people on the following basis:

Remember, even if they aren’t requesting the entire amount, there is nothing precluding them doing so in the future if they so choose. If you do not make an unemployment overpayment appeal, you are *forever* agreeing to that potentially criminal determination – to which they can later issue another even worse determination in the future and you can not go back and litigate the prior letter.

MKO Believes You Should Appeal The Vast Majority Of Overpayment Determinations

It is MKO’s formal opinion that the vast and overwhelming majority of these conclusions by the department can be entirely won and put to rest forever IF you have a highly experienced employment litigator and unemployment lawyer (we absolutely do not recommend going without legal counsel). Unrepresented Claimants often get overwhelmed and steamrolled because they:

When you make this appeal, it triggers a procedural (not substantive) process where they automatically schedule your hearing. PRACTICE NOTE: Do not include your statement and evidence as it is often used against you at the hearing and is not even considered by the Department prior.

In the post-COVID world, the Unemployment Department has empowered Referees to protect the interests of the State. That means the Referees, who we call judges to our clients to reinforce that this is a full legal hearing under oath and in front a broad discretion decision maker will take place, will question you

Don’t be a victim. You are not helpless. MKO wins extremely difficult cases all the time, don’t lose hope.

Call or chat us today. 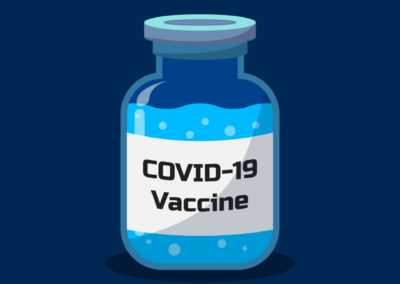 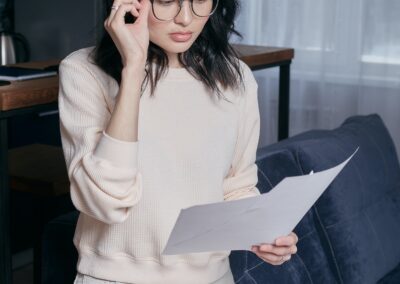 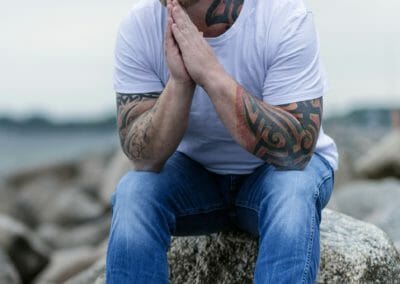 Unemployment Due to Lack of Work 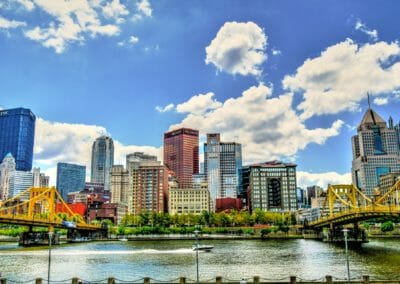 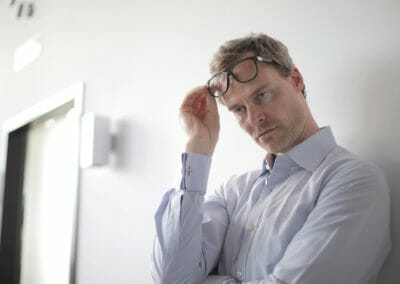 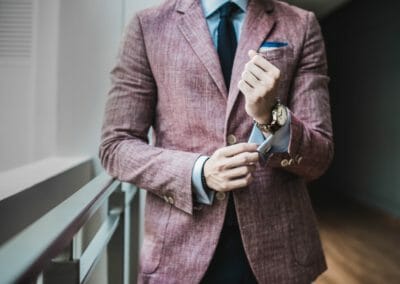 How to win your unemployment appeal hearing if you voluntarily quit 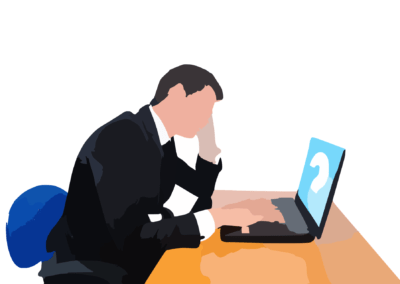 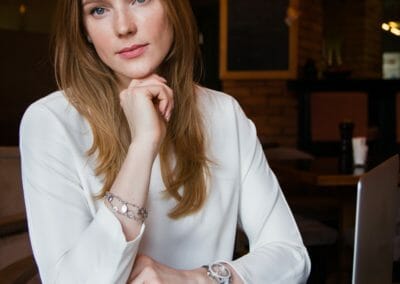 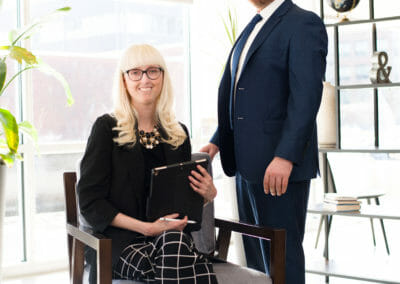 How To Win A PA Unemployment Compensation Appeal 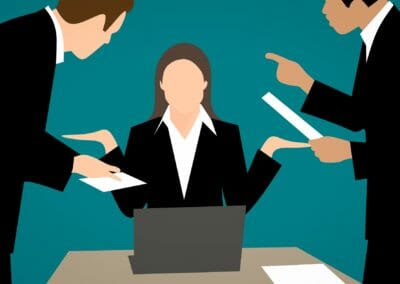 “Providing you a path forward in your life, career, and recovering the compensation you deserve.™”

MKO is a “boutique firm” which means that we focus on a niche area and offer highly specialized services to clients who are looking for the personal touch within our area of expertise: Employment Law. Boutique law firms are not a general practice or one-stop legal shop, and that’s a good thing. You need one good attorney who knows the ins and outs of the area of law that’s relevant to your case. Look for a law firm that primarily practices the area of law that you need. If that’s all they do, chances are, they do it very well. We see each legal dispute as an opportunity to find a fair and equitable resolution without destroying your reputation, resume, job prospects, income, and if avoidable, not subjecting you, your family, friends, and former coworkers to unnecessary, highly invasive, time consuming, stressful, and ultimately public litigation. MKO, “Providing you a path forward in your life, career, and recovering the compensation you deserve.™” Confidentiality is key, for everyone. Are you a victim? MKO’s employment lawyers are always available for the clients. You can contact us anytime for a case assessment and evaluation.

MKO is a “boutique law firm” which means that we concentrate on this niche area and offer highly focused employment law services to clients who are looking for the personal touch. Boutique law firms are not a one-stop legal shop, and that’s a good thing. While a long roster of diverse legal services may look impressive on paper, it’s fairly pointless in practice. You need one good attorney who knows the ins and outs of the area of law that’s relevant to your case.  Look for a law firm that only practices in the area of law that you need. If that’s all they do, chances are, they do it very well.

2. Technology Driven & Experts in the Cloud

We are not confined to our office, chained to a desktop computer, or burdened with IT maintenance. Thanks to the smart use of technology we can focus on providing our clients with the best representation possible. By streamlining our practice we can focus on what our clients hire us to do – advocate on their behalf and work diligently toward a desired result.

3. Legal Advice Instantly From The Comfort of Home

MKO can provide superior legal services through adapative use of new technology and provide the majority of legal assistance while you are comfortably working from your home. It just also happens it’s better, easier, and faster for our clients – they really appreciate it. We seemlessly and interactively collaborate with you in a relaxed enviornment where you have all of your files in your immediate control. We find this is the absolute best way to provide legal advice to our clients on complex legal issues, hands down.

The old style of coming into our office with binders of disjointed and unsearchable paperwork, of which we to organize and figure out on the fly, is incredibly wasteful, time-consuming, inefficient, and not highly productive. Because of our integration with technology, we are ready to work with you on highly intricate matters on a moments notice, no matter where you (or we) are.

While many cases require that we go to court to seek justice, there are a substantial number of disputes that need to be handled discreetly. We see each legal dispute as an opportunity to find a fair and equitable resolution without destroying your reputation, resume, job prospects, income, and if avoidable, not subjecting you, your family, friends, and former coworkers to unnecessary, highly invasive, time consuming, stressful, and ultimately public litigation. MKO, “Providing you a path forward in your life, career, and recovering the compensation you deserve.™”

Confidentiality is key, for everyone.

Through representing and managing thousands of employment situations, rest assured there is help or a path forward for your situation. For example, Partner Christi Wallace has personally represented over 900 clients and has managed hundrends more for associates that worked for her in just the last 7 years!

We always get the question, “If I choose to have you represent me, will it be difficult for me to get in touch with you?”

Absolutely not, we even make ourselves available to clients beyond our normal business hours! Futher, when you call us your attorney answers, not a secretary who puts you on hold for 20 minutes, then tells you that you can leave a voicemail for your attorney. Besides the MKO office phone number, our clients can contact their attorney via mobile, SMS & texting, business email, and an urgent emergency email. For example, we can often respond to a text message in just a few minutes. Experience a better, faster, and more efficient way to work with an attorney. MKO believes that clients can and should depend on the fact that we’ll respond quickly.

Employment Attorneys are available at least 74 hours per week by phone, email, and text messaging. Don’t be fooled by marketing, many law firms are using non-attorney 3rd party answering services and advertising “Phones Answered 24 Hours A Day, 7 Days A Week.” We pick up our own phones, respond to our own emails and text messages, and use real attorneys, 74+ hours per week.

MKO strongly believes that every situation is distinctly unique and therefore we must endevour to find the right solution for that particular issue. Because we are a boutique employment law firm, we strive to find unique and innovation solutions for our clients in every circustance. We take action when necessary, put together deals when possible, and work with our clients so we can be creative and find smart solutions instead of needless litigation. We want to protect your interests now and in the future.

Contingency Legal Representation is where you do not have to pay your lawyer up front. This is fantastic if you are offered this option. Lawyers and litigation costs are incredibly expensive if you pay hourly. With contingency representation, you are not faced with large legal bills and expenses that are daunting and causes slow downs while waiting for a retainer to be replenished. Further, when you’re offering to pay anyone up front and hourly, it seems they’ll take almost any case – so long as they are getting paid. Funny how that works. Here’s how we help:

10. Keeping Costs Low To Focus On Your Case

Our clients understand that their representation is are far more important than an expensive address. Some law firms might be battling an extremely burdensome and large cost overhead. In other words, to survive, they may need to be a “factory firm” or “volume practice” that needs to process a vast amount of cases to be able to afford their superfluous costs, expenses, and overhead. We aggressively keep costs down so we can focus on you.

Don’t want to be treated like an account number, a settlement figure, or a wheel that needs to be turned to keep the law firm getting paid? We keep our costs low and use this financial freedom for our clients best interests.

To Ask During Your Free Lawyer Consultation

I trusted Mr. Kraemer with a rather difficult period of time for my family, and we came out on top. He is trustworthy and honest, incredibly helpful, and understanding. Five stars aren’t enough! Him and his staff are well experienced, and won’t let up until the truth is known and justice is served. Michael, it’s been a pleasure. I hope I never need your services again! If I do, I will not hesitate to give you a call.

Halfway to wrongful termination help. If you don't get paid, neither do we. All you need to do is call MKO!

Michael Kraemer was the only lawyer who took my case and would be the only lawyer I’d rely on. He kept me informed and was very intellectual on the whole subject that my case was revolved around. I give Mr. Kraemer a 10 out of 10 and I would refer him and his associates to anyone who wants a well defined lawyer.

We help people fired, or soon to be fired, when they have been treated unfairly, illegally, or unjustly.

This is so broadly defined that most health conditions can be considered disabilities.

For those over 40 years old (but older is preferred) that experience bias based on your age.

Aggressive lawyering in the state and federal agencies can mean quick, quiet, and lucrative resolutions.

Cut your losses, leave winning, or remove yourself from a bad workplace. You might need an exit strategy.

A range of actions from mild transgressions to sexual abuse or sexual assault. A highly serious offense.